StellaLuna, 3.5yr SF GSD, presented as a transfer to the IM Service for acute kidney failure. The owner had moved to Austin, TX from CA ~6 weeks prior to presentation. The owner had gotten sick shortly after moving, so when StellaLuna was not feeling well, the owner did not bring her in for evaluation until one week later. The patient had also attended doggy day care a few days the week she was sick. StellaLuna did not have any previous bloodwork for comparison. The exact exposure to Leptospirosis is unknown. The owner did report that StellaLuna had drank from some water puddles at a gas station when they drove to TX. Her clinical signs at presentation were lethargy, hyporexia, vomiting, and licking her right thigh. 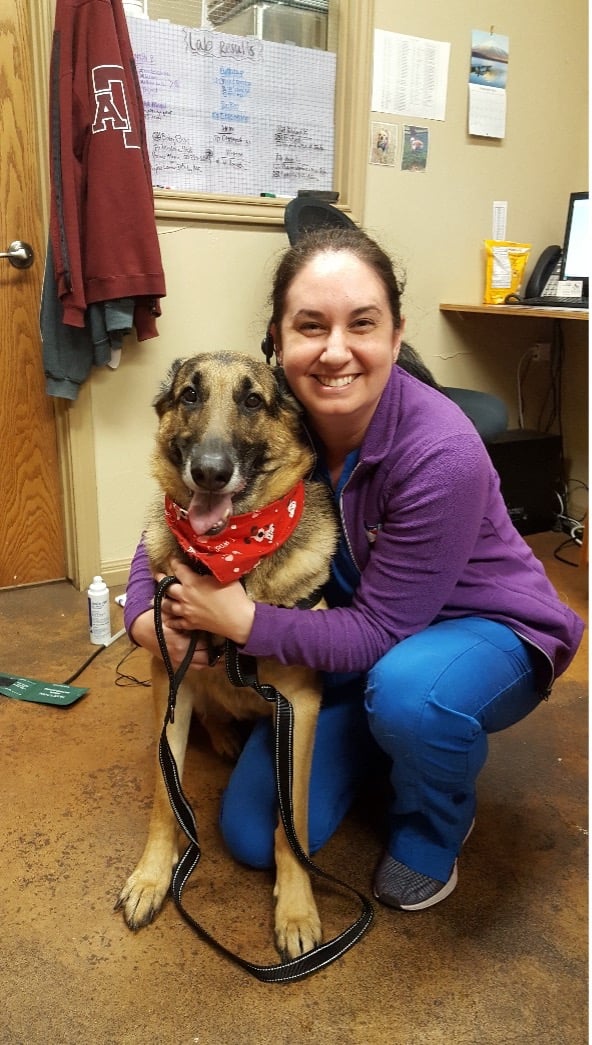 StellaLuna was in the ICU for 2 weeks. She developed a heart murmur and obvious fluid overload despite use of CVPs/urinary catheter. The owner declined referral for dialysis. The lowest we were able to obtain for renal values was the following: BUN 55, Creat 7.5, Phos 7.8. At the time of discharge, her renal values were the following: BUN 56, Creat 8.7, Phos 9.8. A guarded prognosis was given to the owner. Euthanasia vs. time at home was given to the owner as options. The owner elected to take StellaLuna home, and the following medications were discharged with the patient: Cerenia, Omeprazole, Al OH, Amoxicillin, Baytril, Benazepril, Amlodipine, Hydralazine, Ondansetron, Pentoxifylline, LRS SQ BID.

The owner was very diligent in giving all medications and fluids. StellaLuna actually ended up doing well and thriving for most of her life, to my pleasant surprise. She did develop gingival hyperplasia from the Amlodipine. This medication had to be discontinued. She also developed intermittent UTIs. She was generally asymptomatic for her UTIs, and her renal values remained stable. Therefore, due to the concern of antibiotic resistance, she was not treated for them. It was about the last 1-2yrs of her life that we did have to intermittently treat her UTIs, either due to symptoms or worsening renal values. We also monitored the renal pelvic dilation on ultrasound as one of ‘the parameters’.

Snapshot values and current medications on 7/11//17:

At one year after her initial diagnosis, it was recommended to vaccinate her for Leptospirosis. The owner declined to vaccinate her. There was some concern that the last 1-2 months of her life, she may have become reinfected, but this was not able to be confirmed with PCR/Serology.

I was not able to obtain her ultrasound imaging, but the appearance of her kidneys at initial presentation was instrumental in helping to obtain her diagnosis. Ultrasound was also invaluable in the coming years to monitor not only the progression of her CKD, but also the renal pelvic dilation to help determine if pyelonephritis was present. Some common ultrasound changes associated with Leptospirosis are renomegaly, hyperechoic medullary rim, mild perinephric fluid accumulation, pyelectasia, decrease corticomedullary distinction and/or hyperechoic cortices.

Throughout her whole life, the IRIS CKD recommendations were closely adhered to, and she was brought in for labs at a minimum of every 3 months. This case highlights chronic management of a patient post-Leptospirosis infection. It also is quite fascinating that this patient did so well. After 2 weeks in the ICU, I had literally sent this patient home to spend some time with the owner before having to be euthanized. This is an excellent case to show that pleasant surprises can happen even in the worst ones.

I moved to Dallas to practice Internal Medicine, and this owner actually drove to Dallas every 3 months to continue to be my patient. I ‘retired’ from clinical practice and was still able to be instrumental in this patient’s care until the end. About 1 month before she passed, I was able to see her for a long visit.

The owner’s compliance, hard work, and being an advocate for her dog were instrumental in StellaLuna’s ultimate success. This was a rewarding case and really supported the reason why I became a veterinarian.

To learn more about using real-time, sonographer assisted veterinary ultrasound in your practice to evaluate conditions such as Leptospirosis (and how you can get fast help from board-certified specialists to read the scans) click here. 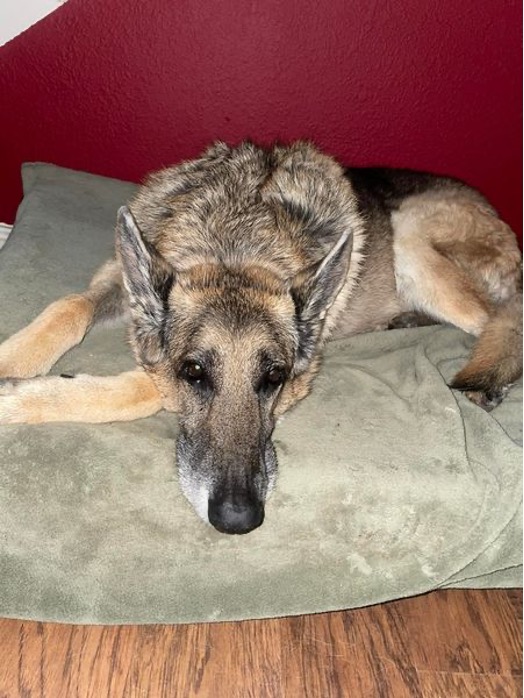